Falling hoarding impresses that 'Seat-belts save'

At a busy traffic junction, a full-sized billboard was made to lean forward at a precarious angle, held back only by a giant seat belt. The message was simple - 'Seat belts save'. The hoarding is also as advertisement of the creative and media capabilities of the Outdoor media company that owns this space. It might not just help it win a few awards but also showcase its utility as a creative partner to brands than just a space seller. 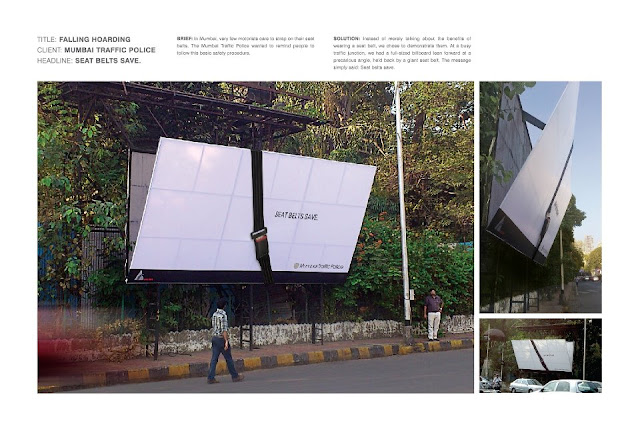 Sprite similarly innovented the Sprite shower on the beaches of Brazil to spread its brand idea of 'refreshing'.
Posted by Sajith Narayanan