Auto companies usually want to keep their new models under wraps until the day of its launch. And Auto magazines tend to take this as a challenge to uncover the new vehicle before its launch by doling out goodies to anyone who gets a snap of a new car. 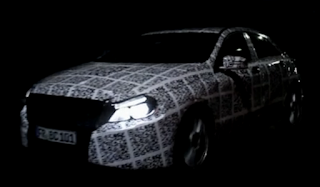 Mercedes Benz decided to reverse this to its advantage while launching its new A class model. Instead of the usual camouflage pattern to test the cars, the cars were fully plastered with QR-Codes and sent on to the streets. The pictures of the new appearance were spread by news channels and car fans across media. Now to make it even more engaging Mercedes designed a social media game around this and gifted the winners a trip to the world premiere of Mercedez Benz A Class. People had to scan the QR Codes to participate in the competition and collect 4 'badges' to qualify for the draw. Badges could also be collected by scanning QR Codes found in print and social media ads of the car.

Auto companies are now increasingly using such apps to engage with its target audience and sell their cars. Click here to check out more such innovative campaigns.