Beware. Barilla's PR disaster can happen to you 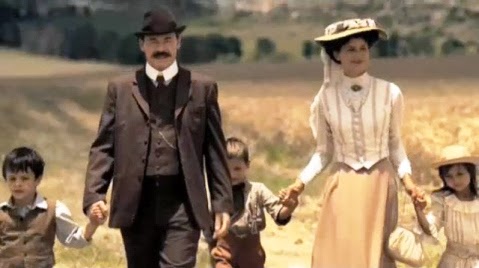 Last weekend, Guido Barilla, CEO of Barilla, the world's leading pasta manufacturer told a Italian radio that his company would never use a gay family in its advertising. Barilla said he opposed adoption by gay parents, but was in favour of allowing gay marriage, which is not legal in Italy. In response to a direct question about whether he would ever feature a gay family in his company's commercials he said, "I would never do (a commercial) with a homosexual family, not for lack of respect but because we don't agree with them. Ours is a classic family where the woman plays a fundamental role." Barilla is one of Italy's biggest advertisers, and for many years has used the image of a happy family living in an idealised version of the Italian countryside, with the slogan: "Where there's Barilla, there's home". He further added that if gays "like our pasta and our advertising, they'll eat our pasta, if they don't like it then they will not eat it and they will eat another brand," he said.

This prompted calls for a consumer boycott of Barilla's products across the social media which got featured in international news. This enormous backlash prompted Barilla to issue a apology stating "At Barilla, we consider it our mission to treat our consumers and partners as our neighbors – with love and respect – and to deliver the very best products possible. We take this responsibility seriously and consider it a core part of who we are as a family-owned company. While we can’t undo recent remarks, we can apologize. To all of our friends, family, employees, and partners that we have hurt or offended, we are deeply sorry."

They then followed it up with an apology video from Guido Barilla himself.

"I'm straight, Christian and will never buy your products again. I dropped my Barilla products at the food bank today," a lady commented on the G. Barilla's apology video on Barilla' Facebook page. While another man commented the following on the apology statement, "I'm Italian, I'm gay, I'm married legally to a man, I have three adopted children. I had Barilla pasta for dinner last night. Today, tomorrow and forever more I will choose another brand of pasta. Good bye Barilla! You lose!!!" These two statements provide a peek into the double whammy this controversy has brought for the brand. Can you figure out a solution?

This case brings to fore the need for a proper communication guideline for brands and strict adherence to it all the brand's spokespersons like the employees, the owners, the brand ambassadors and so on. In a social world where people arent as choosy about their words, this becomes even more difficult. Hence its imperative for marketing departments to decide their brand ethics and paste it across the office premises. They also need to follow it up with continous training for public facing people on the brand guidelines. A small error like this can lead to decrease in sales in the short run and decrease in brand loyalty in the long run. Will consumers forgive the brand now depends on how Barilla treads further.

A selection of Barilla's ads can be seen in this video