Guerrilla marketing as the name suggests employs an unconventional style of advertising which relies on low cost innovative strategies to overcome big budgets and deliver the same effectiveness.
Apart from being an alternative to traditional marketing it tends to be a lot more cost effective.


Jay Conrad Levinson coined the term in his book ‘Guerrilla Advertising’. The term guerrilla marketing was inspired by guerrilla warfare which is a form of irregular asymmetric type of warfare which relies on small tactic strategies used by armed civilians. Many of these tactics include elements of surprise,ambushes,sabotages and quick lighting fast attacks relying on speed and timing entirely.Much like guerrilla warfare, guerrilla marketing uses the same sort of tactics in the marketing industry.

A.)IMAGINATION:
With Guerrilla marketing,imagination is more important than budget and in many ways compensates for the lack of the latter.

THE CONSEQUENCES OF TURNING A PAGE 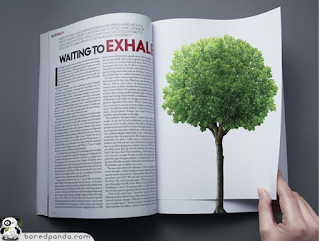 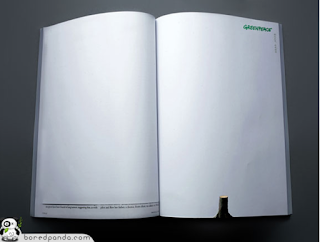 Green Peace ingeniously used guerrilla marketing to show the ruinous effect making paper has on the environment and furthered their "save the environment" cause. 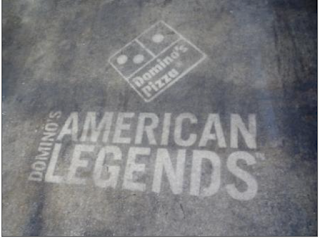 Marketeers used street graffiti to remove dirt from a street to communicate their message.This was a very effective example of Guerrilla marketing done right by Dominos 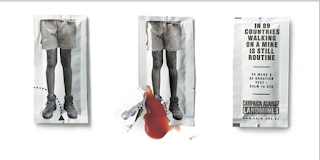 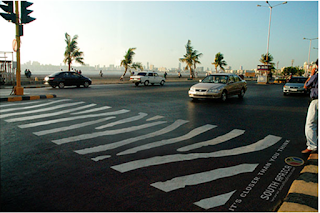 The Zebra Crossing was actually painted to resemble the stripes of a real zebra in Mumbai City.
This Guerrilla Marketing idea was implemented as part of the South Africa Tourism Campaign. 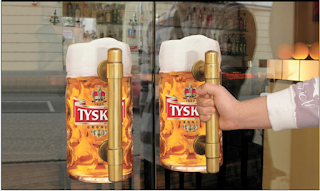 B.)Word of mouth and social media sharing:Guerrilla marketing relies heavily on word of mouth advertising.Nothing beats getting a crowd of people to talk about your campaign by themselves. 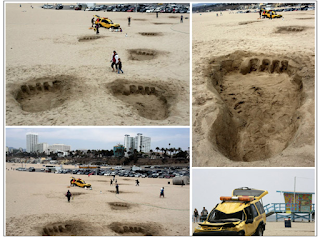 This guerrilla marketing campaign for King Kong 3D had customers clicking pictures of King Kong’s foot and sharing it on social media. This guerilla marketing effort relied solely on word of mouth and social media shares.On one hand it gave customers a significant talking point by capturing their attention and turning it into a talking point and it also incentivized sharing of the same.

C.)SNOWBALL EFFECT CAUSED BY PUBLICITY STUNTS :
Guerrilla marketing could start off small but snowball into something massive.A lot of publicity could be gained from local sources in this way.

A shining example of this would be Red Bull which they displayed in their 2012 skydiving record as part of their Stratos project. Red Bull sent athlete Felix Baumgartner 128,000 feet above earth to create a skydiving record. 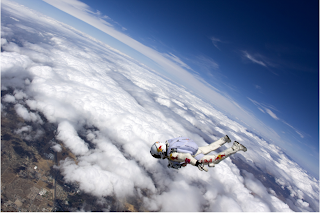 The Red Bull Stratos project was viewed live on YouTube by over 9.5 million users and ended up setting another world record.

Under this guerilla marketing tactic a flash mob can be organised to perform a specific action or task at a predefined location to spread awareness of something.

Check out this amazing show using flash mobs at Antwerp

A.)PERMISSIONS:
You could end up creating trouble with authorities by not getting permissions which will definitely undermine your guerrilla marketing campaigns. Ex- Street graffiti without prior permissions. 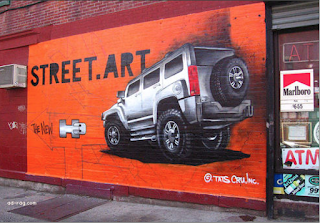 B.)Environmental Influence:
Many guerrilla marketing tactics are susceptible to weather changes.Depending too much on the environment for your campaign’s success is a fallacy and ideally it shouldn’t dictate whether your campaign ends up being a hit or a miss.

Guerilla marketing could lead to miscommunicated messages which give the wrong messages and could hurt and cost your brand more than it’s worth doing.

A notable example of this would be Turner Inc using LED circuit boards which were mistaken to be bombs. 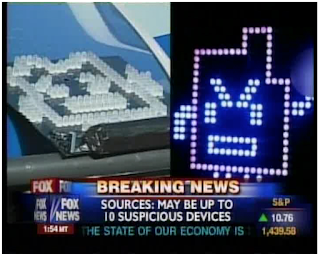 Numerous placards showing the ‘Mooninite’ character putting up his middle finger. were placed around the city This resembled explosive devices and a scare began to spread across the city
The Guerrilla marketing campaign ended up costing Turner Broadcasting and Interference, Inc about $2 million for the incident. Though it was a good guerilla campaign the cost of miscommunication for them was huge. 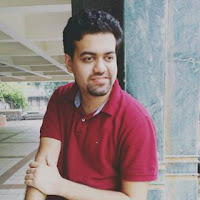